The sun shone brightly on the Blessington FC grounds at Crosschapel last Saturday 13th October, for the James Nolan Memorial Match. With just two and a half weeks notice, the BFC club members had done trojan work in organising the event, a friendly game between the home team representatives (over 30s+) and the visiting Polish Journalist national team with special guest player Rafal Bruski, Mayor of Bydgoszcz.

The pitch was in great condition, considering the heavy rain of the previous two days, and the Polish and Irish flags hung proudly on the netting behind both goals. By two thirty the crowds were pouring in, and by the three o clock kick-off time the ground was bursting with up to 1,000 supporters of both teams. The Blesso lads eyed the opposition cautiously as they went through a rigorous warm-up, some of the younger guests looking particularly sharp.

Schoolboy’s Secretary Lille Balfe, ably assisted by Ann Dudley, made sure everyone was topped up with tea, coffee, BFC water and lots of goodies for the kiddies, as the anticipation grew and the nerves began to show. BFC schoolboy players formed a guard of honour as the teams walked side by side onto the pitch, and the crowd responded noisily.

FAI CEO John Delaney took his place on the sidelines, no doubt looking for some fresh talent for Trap, after the debacle of the previous evening. Polish ambassador Marcin Nawrat joined him, as PZPN (Polish FA) officials Piotr Golos and Adam Gilarski and UEFA representative Daniel Olkowicz lined out in the Polish squad. Visiting Polish cameramen and videographers took their places, and the scene was set.

The national anthems were sung with pride, and the team captains exchanged pennants after the „Champions League” style handshakes were delivered. The Polish captain then presented Blessington captain for the day, Gareth Dudley (James’ brother-in-law) with a Polish jersey with „J. Nolan” and number 21 (James’ age), in bold print. The final act before kick off was a fantastic round of applause lasting a full minute, as all present showed their respect and great affection for James.

The visitors kicked off and the crowd responded to the action with great cheers. The home team had plenty of possession in the first twenty minutes, and Joey Nugent will feel he could have had us ahead, but the Polish keeper pulled off one fantastic save to deny him (we won’t mention the two missed sitters Joey). Chances came and went at both ends, as the visitors found their feet, and then after about half an hour, Lee Brennan’s perfectly timed tackle was adjudged by referee Paul Weafer as a dubious foul, and the Polish team were awarded a soft penalty. Davy „Stony” Nolan had no chance as the visitors went one up, to huge cheers and singing from the vast number of Polish supporters present. Lee suffered a double blow, as he was immediately substituted. Alan Lowe brought off a super last ditch challenge to deny the Poles a second goal, and at the other end first Johnny Lynch and then Mark Daniels went close for Blesso.

Willie Boyle gave the Blesso lads the hairdryer treatment at half time, and they came out flying into the second half. Within ten minutes they were level; the Polish keeper made another great save from a Lee Brennan screamer (yes he was back on), and in the resulting melee a Blesso player was upended, linesman John Kane flagged furiously, and ref Paul balanced things up nicely by pointing to the spot. Skipper Gareth Dudley stepped up and smashed it home, to wild celebrations from wife Sue (James’ sister) and all the Irish contingent. Blesso continued to press forward, but the Polish lads were dangerous on the break, and from one such break they took the lead, when sub keeper David „Sads” Carroll couldn’t hold a cross-shot, and the striker swept it home. The Polish crowd went berserk, and to chants of „Polska, Polska”, the Blesso lads tried to again get back on level terms. Club President Paddy Nolan (60+) entered the fray and did his best to grab the equaliser, but to no avail. A final chance fell to Mark Daniels, but under severe pressure, he blazed it just wide.

The final whistle sounded to end a fantastic spectacle, and there were great celebrations and more „Polska” singing, this time from both teams; our assistant manager, Eddie Boylan, and Club Secretary Eoin O’Donovan, joined with the Polish huddle and celebrated. A rendition of „You’ll never beat the Irish” followed, and the Poles sang it louder than we did. Mayor Bruski made a lovely presentation of an Irish flag to the Nolan family directly after the game, and the players left the field to a final gigantic applause from the huge attendance.

After a quick shower, courtesy of Avon Ri Hotel, the teams regrouped in Murphy’s Bar for a few beers and to recount the events of the day. A lovely buffet meal was provided in Plan B, and then Pat Nolan (James’ uncle) presented Mayor Bruski with a Wicklow souvenir to mark the occasion. Vinny Balfe (BFC Chairman) prsesented both Ambassador Nawrat and Mayor Bruski with match pennants, and the Mayor reciprocated with a flag of his city of Bydgoszcz. Match referee Paul Weafer, and his linesmen John Kane and Tommy McGuinness, not only gave their services on the day, they also sponsored a „man of the match” trophy for both teams. This presentation was made to the giant Polish centre-back, and interestingly enough the Blesso winner was David „Sads” Carroll, our club captain, and a neighbour of Paul Weafer’s.

Piotr Golos of the Polish FA, PZPN, expressed to Vinny his desire to have a return match sometime next year, so here’s hoping something can happen. As our new found Polish friends departed in the late evening, most of the Blesso lads stuck to their duty and stayed on, eventually finding themselves back down in Plan B to see out the night, according to Club PRO Tommy Mulvey, a first hand witness, who himself had shown great staying power all evening in the course of his duty.

And so this great event came to an end; a massive thanks goes to everyone involved; to Artur in the Polish Embassy, Piotr in PZPN, Tomasz & Michal from the Polish Weekend school in Dublin, to Jimmy & Essie and all the Nolan family, to the match officials, to all the Polish media present, and of course all of our own fantastic club members who made this special day one for BFC to be very proud of. Huge thanks go to all the supporters of both teams who filled up the ground, and we hope that many of you will return more regularly to see the BFC teams in action at the weekends. Watch out for the media reports both at home and in Poland of this special day, celebrating the life of a very special young man. 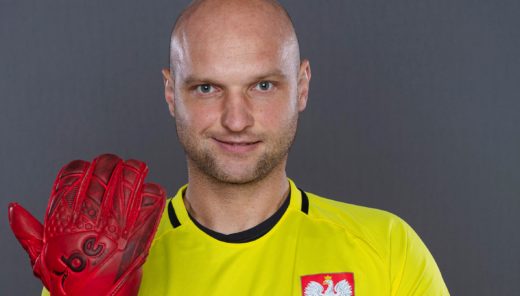 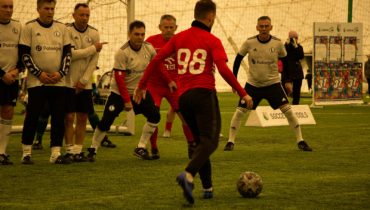 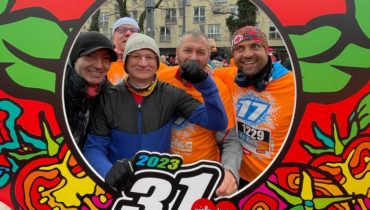 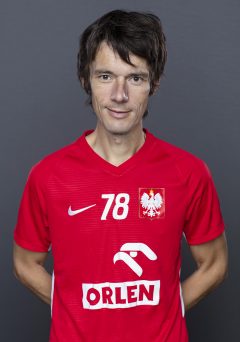